We wish all the children attending the Hampshire Youth Games lots of luck.  This is the first time we have

qualified to attend and we are so proud to be taking 3 teams to compete in different events.  Some

shown at the welcoming ceremony, highlighting our commitment to the sports values.  Photo coming soon!

Well done to everyone who took part.  Goodall were the overall winners for both the Infant and Junior

Schools.  A big thank you to everyone who came and cheered on the children.  We were so pleased to see

respect and teamwork as a focus.

Last game of the year 2017 - our boys suffered a 6-0 defeat against Elson Juniors.  However, they played with enthusiasm and enjoyment, giving it their all until the very last second.  They even stayed behind to help take down the goals! Well done boys, you did Leesland proud with your positive attitudes.

On Friday 17th March, we went to the Ageas Bowl to celebrate the juniors achieving the gold sports mark for PE. It was a fun experience for all of us (including all of the other schools that went). I'm now going to review all of the things we did.

Netball
We played a netball game called Golden Child. We played with other schools and we had a great time. We got tips on how to play better at shooting.

Q and A
We had a question and answer it,e with a professional net baller named Kelly. She had a great sense of humour and gave us great answers to the questions we asked her. Here are some of the questions we asked her:
When you were younger, did you play a range of different sports?
What did you do before netball?
Have you always liked sports?
What do you eat before a match?
What position do you prefer to play?

Tour of the grounds
To end the day, we went on a guided tour of the stadium and grounds. On the tour, we saw the Hilton Hotel and got the chance to have our photo taken in front of the cricket pitch. After the tour, there was a presentation where they thanked us for coming and gave out some awards based on the school games values of determination, respect, honesty, self belief, passion and team work.
By Savannah, Year 4.

In our first game Maisie Lizzie and Ninouska scored against Elson with 4 goals. The match score was 4 to Leesland and 4 to Elson.
In our second game against St. John's, the final score was 5 to lees land and 6 to St. John's. The goals in this game were scored by Maisie, Melissa, rose, Ninouska and Kizzie. Unfortunately we lost but we did have some amazing players and great defence, especially Orsi with her great jumping skills.

Well done to all of the players!

We are now currently 3rd in the league. 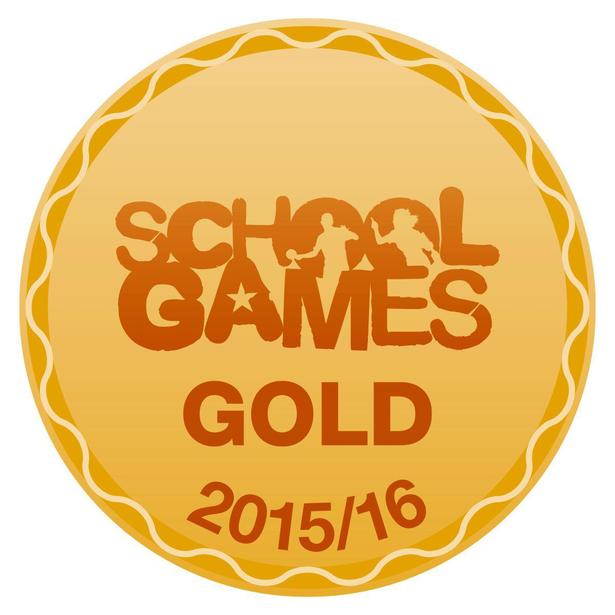 On Tuesday 13th December, Hannah Hendrick from Gosport Schools Sport Partnership awarded Leesland Junior with the School Games Gold Award. The junior school have worked very hard to achieve the award and are one of only a handful of schools in Gosport to achieve it.

Here are just some of the things that the Junior School has achieved to earn a gold mark:

On 22nd September , 24 children were selected to take part against a Cross Country competition against local schools in Gosport – 3 boys and girls from each year group were selected to take part at Bridgemary School forming 2 teams of upper school and lower school. All of the teams performed well but a special congratulations to the Year 5 boys team who finished in 2nd place.

On 15th October a team of 10 able children from the Infant School took part in an exciting festival at the brand new sports hall at Bay House Secondary School. We were delighted to be the first team to take part in a festival using the new sports hall. Our team performed really well and finished in the top 5 teams

On 15th October a team of 20 children who excel at Cricket were taken to a skills festival at Brune Park. The team performed brilliantly, finishing in 1st place. Well done Leesland!

Despite 22nd October being a somewhat blustery day for Tennis, 29 children were taken to battle against other local schools at the Tennis centre in Alverstoke. All of the teams performed really well finishing in the top 10.

On 14th January, a team of 10 infant school children were selected to take part in an exciting invasion games festival at Bay House Secondary School. Our children were so exceptional that they beat all the other schools to achieve a valiant 1st place.

On 10th December, 19 children who excel at Multiskills were taken to Brune Park to take part in a local festival. The children were exceptional, performing really well and achieving first place. Well done Leesland!

The children have been taking part all year in the football league, finishing in the Top 10 schools.

On 5th July, thirty Year 3 children took part in a fun gymnastics festival. At the festival, children of all gymnastic abilities shared floor routines and had the opportunity to explore lots of different gymnastics apparatus. The children had a great afternoon full of learning and fun.

On 6th July, thirty children from Year 4 took part in a rounders match held at Alverstoke Junior School. It was a very competitive afternoon with Alverstoke A taking first place and Leesland A and B finishing in joint second.

On 11th July we hosted a swimming gala at our pool on the Junior site. We invited along our local rivals, Alverstoke Junior. Our most talented year 6 swimmers took part and were just pipped at the post by Alverstoke. We look forward to a re-match soon.

Throughout July, our year 5/6 netball team took part in friendly matches against local schools within our community. After many of the matches being rained off, we were eventually able to show our talent in a match against Gomer Junior. After many close games, Leesland won overall.

Unfortunately not the ones with chocolate chips.

Some cookies are necessary in order to make this website function correctly. These are set by default and whilst you can block or delete them by changing your browser settings, some functionality such as being able to log in to the website will not work if you do this. The necessary cookies set on this website are as follows:

Cookies that are not necessary to make the website work, but which enable additional functionality, can also be set. By default these cookies are disabled, but you can choose to enable them below: